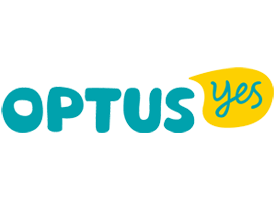 In partnership with PLAY Communications and Optus, we were engaged to develop multiple elements for the “Search for the Key Master” campaign as part of the national launch of Cirque du Soleil – Secrets of Saltimbanco.

The iPad application was used onsite to test users on their knowledge of the Saltimbanco show. At the end of the quiz the user could enter the competition draw and was automatically sent a confirmation SMS. The iPad units were the perfect platform to deliver a great user experience, which also generated a huge amount of user data for Optus.

The Facebook application gave eager fans the opportunity to win free tickets to the show in their local city. This app was driven by a bespoke CMS that enabled the site admins to upload clues and info to the app with a timed release mechanism, as to where users could find the key master. These clues could include text, images and YouTube video clips which would open within the app. Users could also post comments using a bespoke commenting feature which we built. This data was all stored to a database, and email notifications were sent to the administrator whenever a comment was posted for post-moderation. 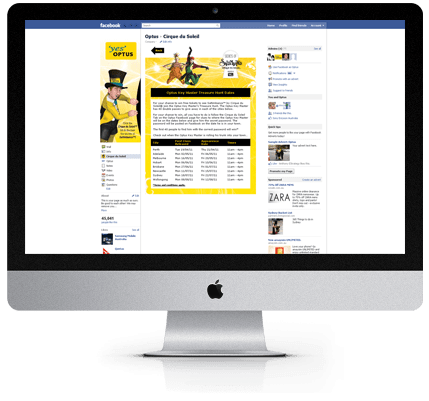 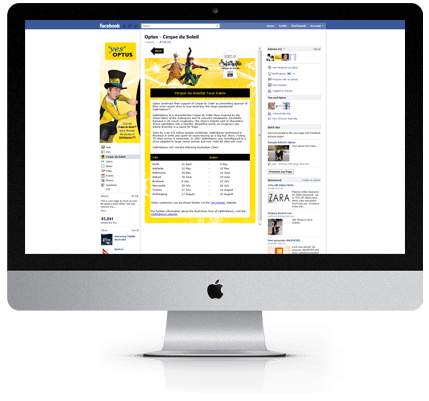 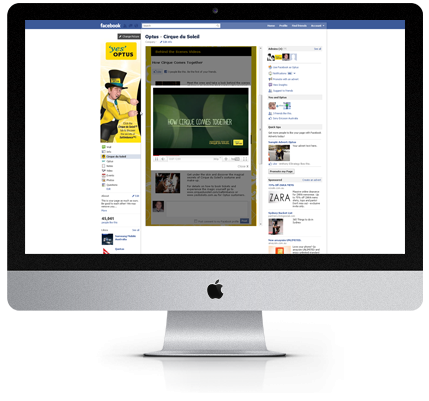 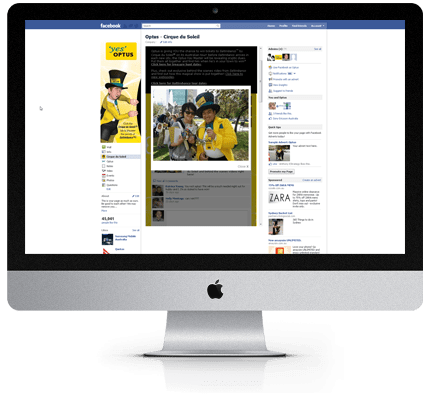 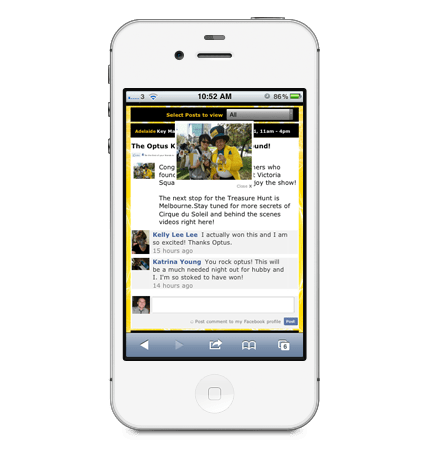 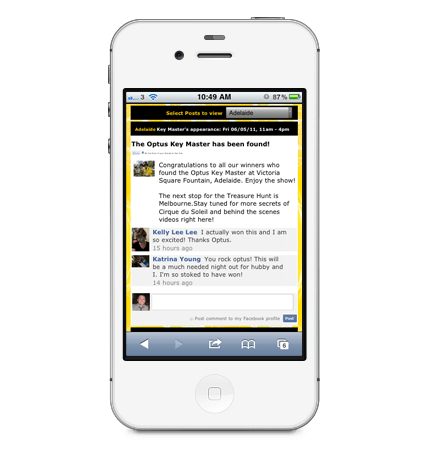 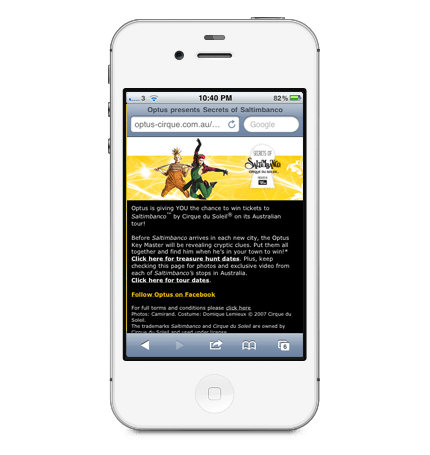 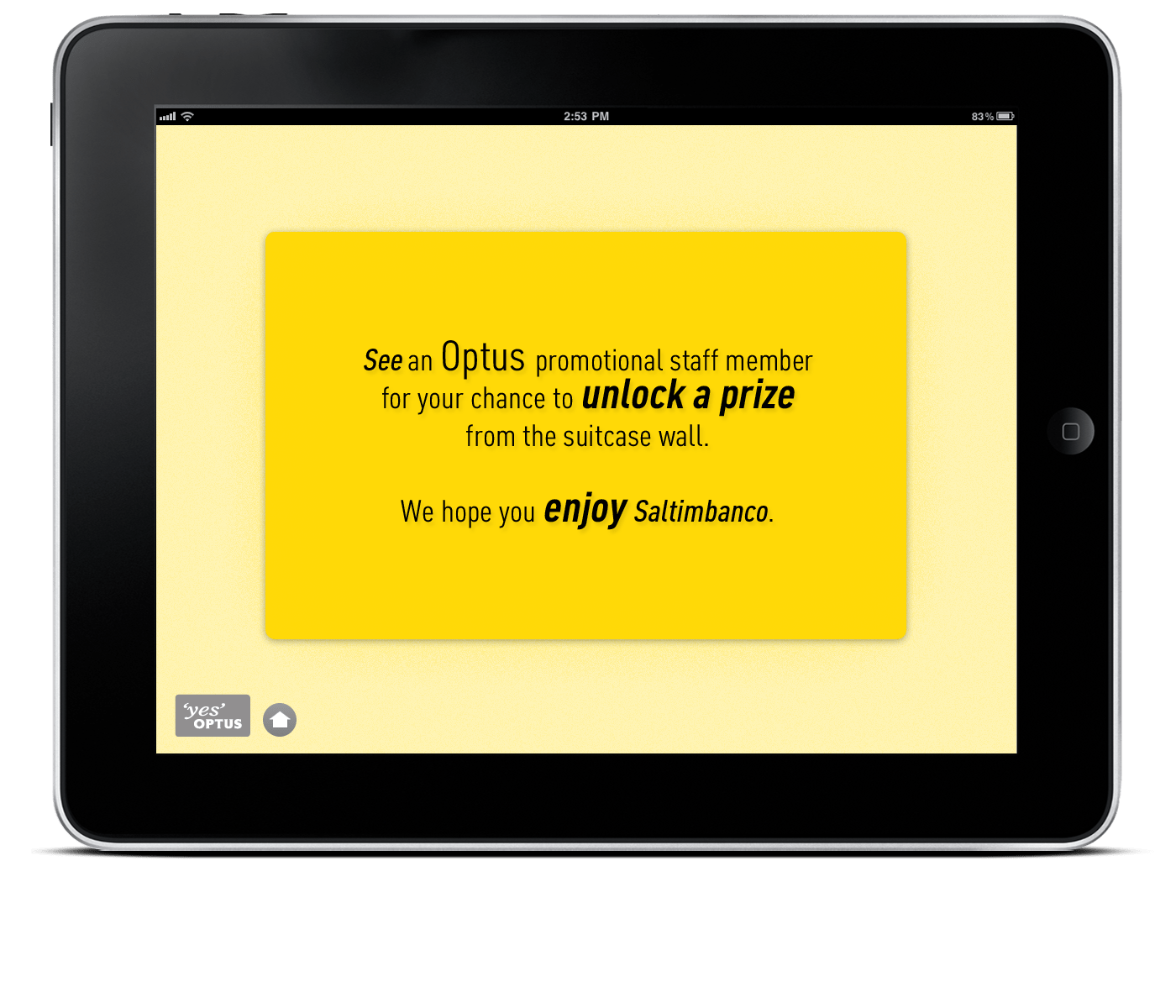 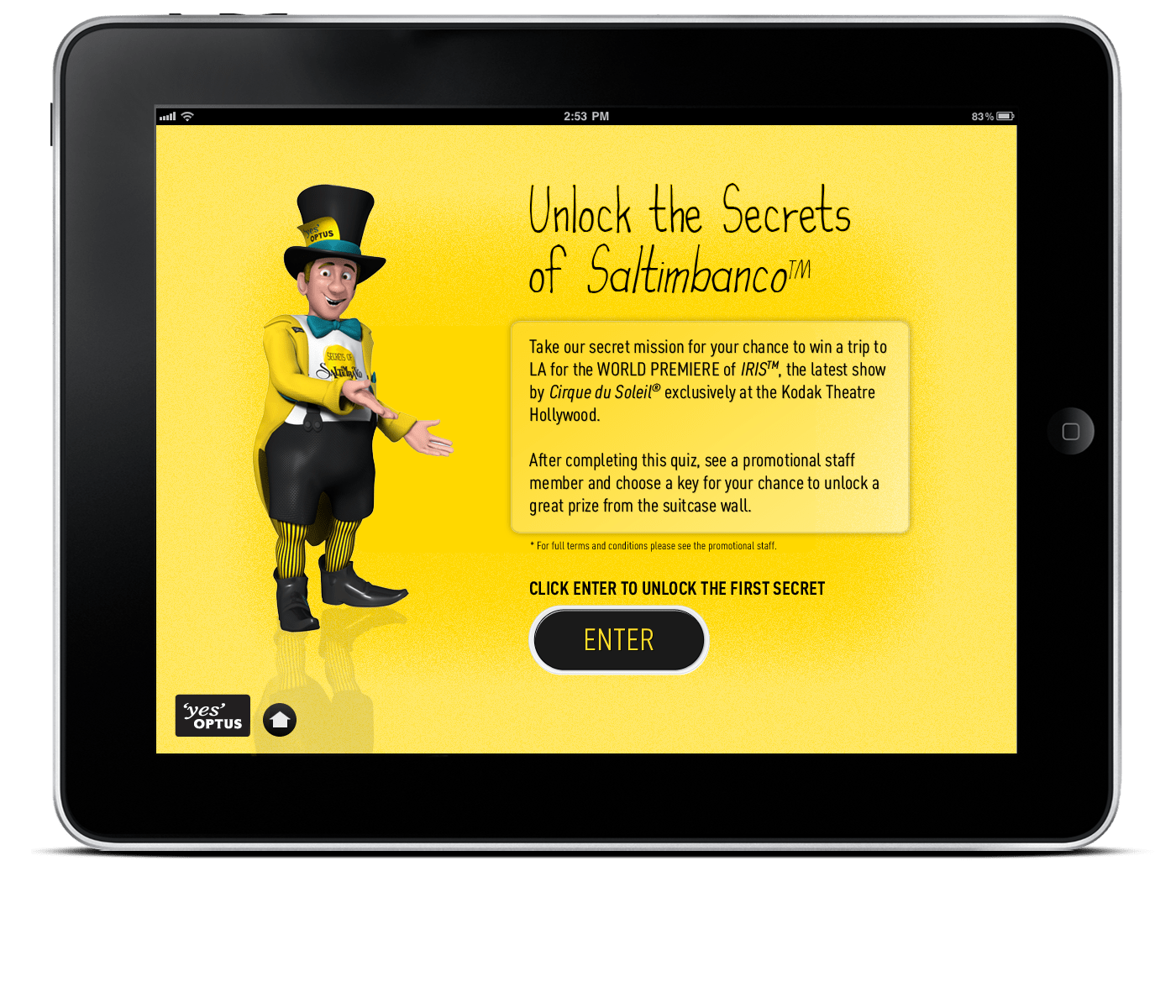 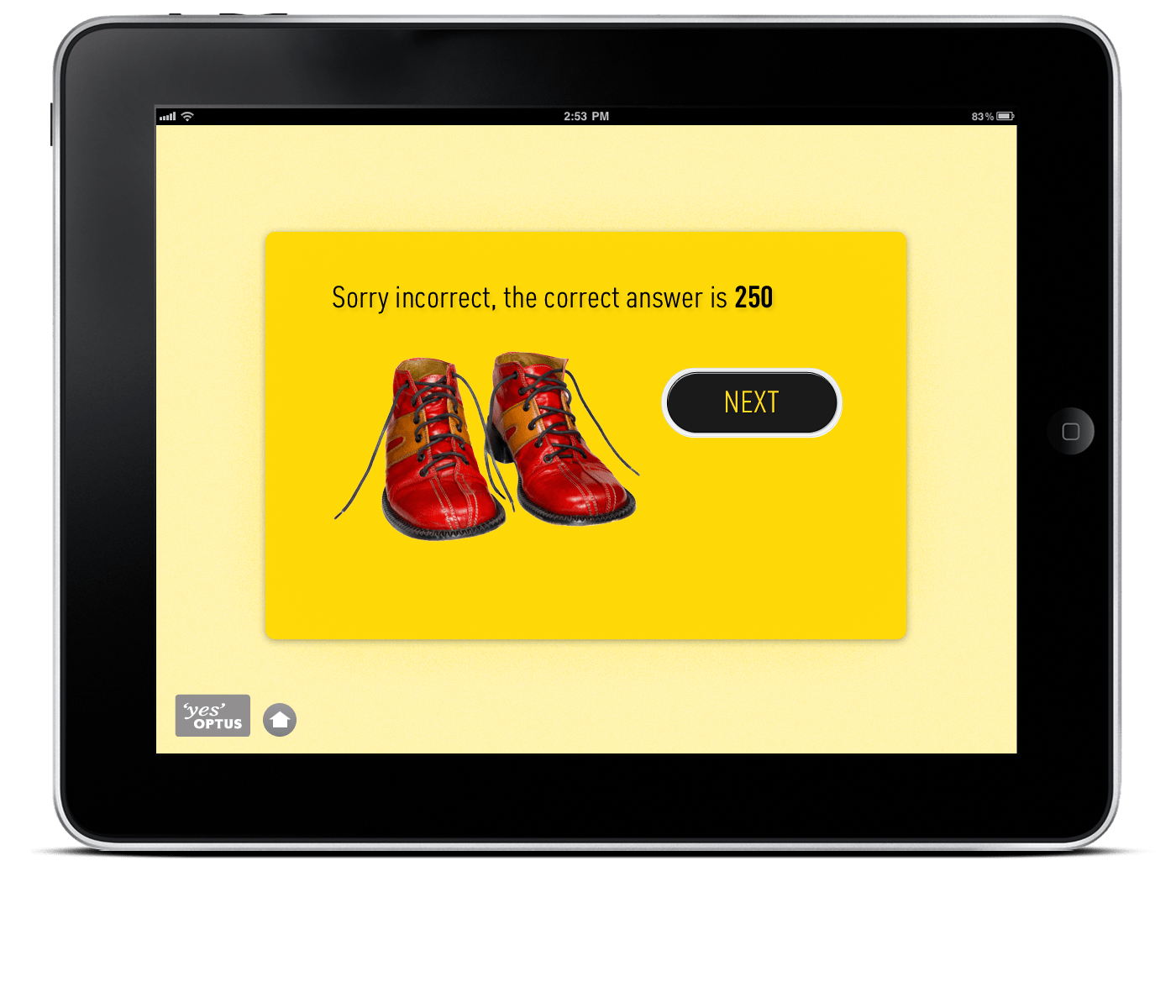 Code Brewery are a great team, with an intuitive understanding of the market (in our case child development), solid UX capability and real developer expertise. Highly recommended !

I worked with Anthony from Code Brewery for the last three months, while he has been building our new society website. We are absolutely thrilled with the final product and have had a lot of positive feedback from academics and clinicians visiting the site. Anthony has been extremely approachable, helpful, and prompt in all the (many) changes we've requested along the way. I have absolutely no hesitation in recommending Code Brewery!!

Thank you to Anthony and the team for delivering such a large project efficiently. The support and dedication Code Brewery provided, ensured that our new company website was exactly what we envisioned. We look forward to working with Anthony and team as a long term partner.

Anthony and his team are absolutely amazing to work with. The professionalism that his team displayed and I really appreciate how they went above and beyond to troubleshoot any issues presented to them. His team was responsive, and deliver the projects on time as promised. I would highly recommend CB services and would definitely work with them again!

Anthony and the team at Code Brewery are amazing to work with! They helped us with some really technically challenging website projects and shown a tremendous amount of knowledge and skill. The patience and clear explanations of the process as well as professionalism in communication with the client are world class. Would highly recommend for any website project and beyond!